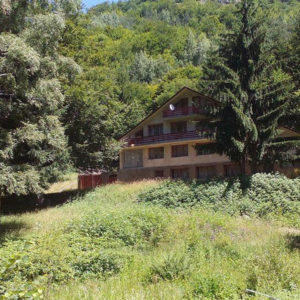 Tourism
Now a few words about the walking trails in the vicinity. About 15 km from Gara Lakatnik in western direction is the Proboinitsa hut. The route passes through the village of Gubislav and is used by pedestrians as well as by cars – it is asphalted in the beginning, then it turns into a dirt road leading to the hut. Stara Planina is a favorite destination for cyclists and motorcyclists because of its many dirt roads and relatively smooth climbs, so it is very possible for you to encounter one of the aforementioned. The hut itself is one of the cozy huts in Bulgaria, without showing anything special. It is located in a wooded area, so do not expect impressive views and scrolling horizons. You will see such if you continue another ten kilometers westward, reaching Todorini Kukli Peak. In summer, in the wooded area on the road between Proboinitsa and the peak, you can eat so much raspberries and strawberries, to the extent that you will not have room for the blueberries that start after the end of the forest.

Proboinitsa hut: It is located in the valley of the Proboinitsa River near Gubislav. It is a massive four-storey building with a capacity of 59 people. Almost all rooms have sinks and there are bathrooms on every floor. The building is water-supplied and electrified, the heating is with solid fuel stoves. It features a restaurant, a cafeteria and a tourist dining room. In the summer the accommodation places are increased by 40 beds, located in 10 wooden bungalows with external bathrooms. Neighboring tourist sites: The Lakatnishki rocks – 2.30 h .; Petrohan – 5.00 h .; Byalata Voda hut – 3.30 h .;  Parshevitsa hut – 6.00 h; Trastenaya hut – 6.00 h. The trails are marked.